Encryption: Apple vs. FBI – What it means 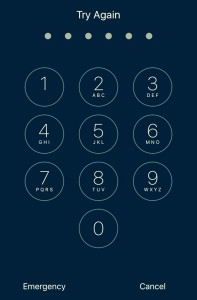 This story has been everywhere this week, it has to do with privacy, encryption, terrorism, the FBI and the iPhone. Sounds like a movie I would like to see. Disclaimer, I am not a lawyer or security expert, but I have tried to wrap my simple mind around the issue because I think it is a big deal. Here are some of the basic points:

My best analogy so far: This is like when your government needs to raise taxes or all the children and old people will be left in the cold. The FBI has a very emotionally charged case where they can push their agenda.

Now here are my points on what I think you need to know:

This is a big subject and a lot of people are trying to understand it and weigh in, if you want to read more here are some great articles by people much smarter than I:

This is a big subject, let me know if you have questions and we can learn together.