5 things to know about the Wanna Cry ransomware 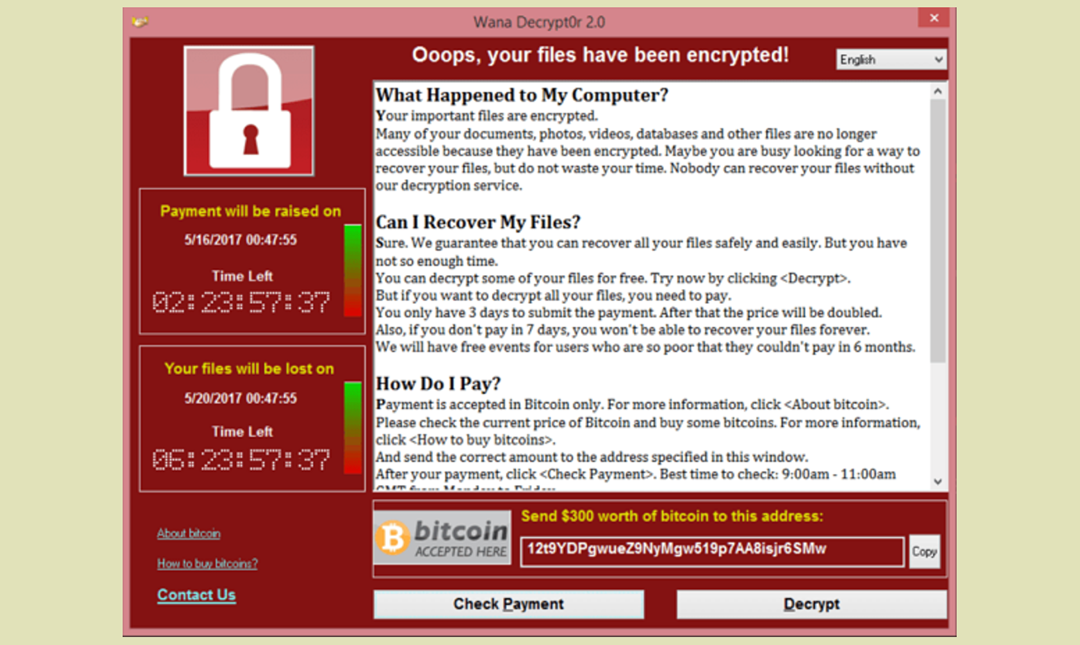 On Friday, May 12th companies and organizations around the world starting dealing with attacks by a ransomware strain variously known as WannaCrypt, WanaDecrypt and Wanna.Cry. Ransomware encrypts a victim’s documents, images, music and other files unless the victim pays for a key to unlock them, if at all.

This story has been everywhere, even my precious local news, so I figured we should give you some information as well.

Here are some things we think you should know about this story:

This stuff is scary and it should be, this software can do crazy things and cause tons of problems, be smart out there. If you need help contact us, we can help!